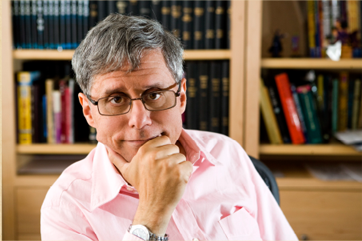 Levitz has served as an advisor to Warner Bros. and other major media companies, on the board of the Comic Book Legal Defense Fund and as President of the Comics Magazine Association of America for a decade or more each. He continues on the boards of the Clarion Foundation and Boom! Studios.

In 2011, he was guest of honor at the Singapore Toy, Comics & Games Show. He has been profiled in The New York Times Arts section, interviewed on NPR’s On Point, and in every media vehicle that covers comics regularly and in 2015 he was again a “Special Guest” at Comic-con International in San Diego, with a spotlight panel on his work. He has done consulting work in media, digital applications, and publishing.

He was inducted into the Will Eisner Hall of Fame in 2019, the comics field’s most prestigious honor.

As an executive, he led the DC Comics division of Time Warner as its senior business officer for three decades, and ultimately as President & Publisher from 2002-2009. During that time, he was intimately involved in growing the company into a cultural force with media successes as diverse as the highest grossing comic book film ever (THE DARK KNIGHT), the longest running comic book television series (SMALLVILLE), establishing the graphic novel as one of print publishing’s few success stories of the new century, and extending the life and reach of its classic franchises in multiple media and industries through licensing, as well as acquiring and building new properties. His responsibilities included interacting with senior executives of the division’s partners, including Hasbro, Mattel, General Motors, Random House, Hachette, Summit Entertainment, and virtually all divisions of Time Warner.

As a creative figure, he began as an entrepreneur in high school as editor/publisher of The Comic Reader, the first mass-circulation fanzine devoted to comics news, winning two consecutive annual Comic Art Fan Awards for Best Fanzine. He went on to write over 500 stories of iconic characters including Superman and Batman, with sales of over 25 million copies, and translations into over 20 languages. His stories have been compiled in 22 graphic novel editions, three of which have appeared on The New York Times Graphic Books Best Seller list. One of his 9-11 response stories was exhibited at the Library of Congress, and the television series BIRDS OF PREY was partially based on his stories.In 2019, he was inducted into the Will Eisner Hall of Fame, the most prestigious lifetime achievement recognition in comics.

His last book, WILL EISNER: CHAMPION OF THE GRAPHIC NOVEL, was published by Abrams ComicArts in November, 2015.

Levitz retired from his position leading DC Comics in 2009, to concentrate on his writing, and to begin a career as an educator. He has taught courses in Transmedia and the American Graphic Novel at Columbia University, publishing business in Pace University’s graduate school, the graphic novel at Pace’s undergraduate campus, and writing in Manhattanville College’s undergraduate program. For the 2014/2105 term, he was the David Pecker Distinguished Visiting Professor at Pace University’s M.S. in Publishing program. He is a co-author of the second edition of THE POWER OF COMICS (Bloomsbury, 2015) with Randy Duncan and Matthew Smith, the first college level text for comic studies.

He continues to work in the creative field by serving on the board of the Clarion Foundation (which organizes sf writing workshops) and of Boom! Studios, a leading independent comics publisher.He continues to consult for Warner Bros. and other companies.

As a public speaker, Levitz has delivered keynotes at the places as diverse as the Frankfurt Book Fair, Jupiter’s Digital Kids Conference, and Comic-con International in San Diego, as well as speaking at venues as diverse as Google, M.I.T. and Lucca’s Comics and Games Festival. He has been profiled in The New York Times Arts section, interviewed on NPR’s On Point, and in every media vehicle that covers comics regularly.

Levitz has three children from his marriage to Jeanette Cusimano: Nicole (an executive in the public health field), Philip (an assistant Solicitor General for New York State), and Garret (who followed his father into entertainment).