In these tales from issues #13-18, Desaad and the Hellhounds of Apokolips are hunting Huntress and Power Girl, who may not survive the encounter! to find out what Desaad is really after, they must go deep underground and discover who is impersonating the missing Mr. Terrific!

When news broke that Paul Levitz, the former DC president and publisher, has been added to the board of directors at the Los Angeles-based BOOM! Studios, a lot of fans wondered what that meant for his current DC comic Worlds’ Finest — and whether the long-time New Yorker was moving.

Never fear, Levitz has told Newsarama — his current work will continue unhindered, and his commitment to New York is unchanged. 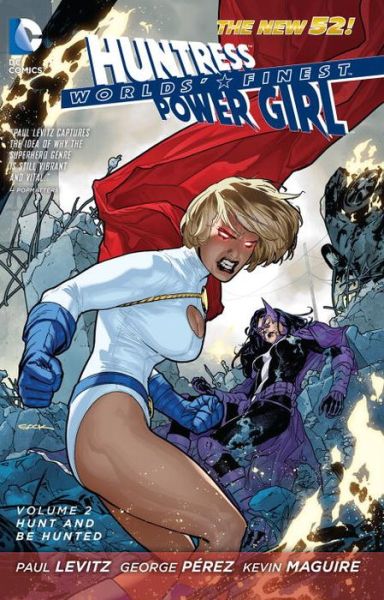 Stranded on our earth over five years ago, these two heroes from Earth 2 are forced to fight evil in strange new surroundings, all while trying to find their way home. Power Girl and Huntress continue to find links back to their home world, but are derailed by mysterious attackers who have connections to Michael Holt, a.k.a. Mister Terrific. What could their old ally have to do with a group that wants the Worlds’ Finest dead?Paul Levitz and artists George Perez and Kevin Maguire continue their critically acclaimed run on WORLDS’ FINEST VOL. 2, which collects issues #6-12. 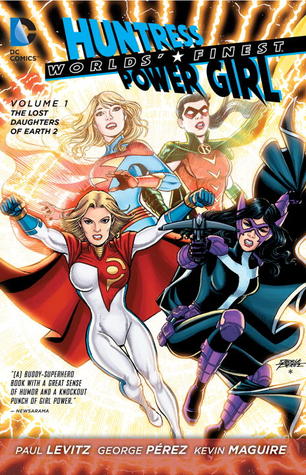 Stranded on our Earth over five years ago, these two heroes are forced to fight evil in strange new surroundings, all while trying to find their way home.

In two tales, WORLDS’ FINEST flashes back to how Huntress and Power Girl got to our Earth and what they’ve been doing the past five years, and then back to the present where they fight for the fate of millions against the Irradiated Man.[Collecting WORLDS’ FINEST #0-5] 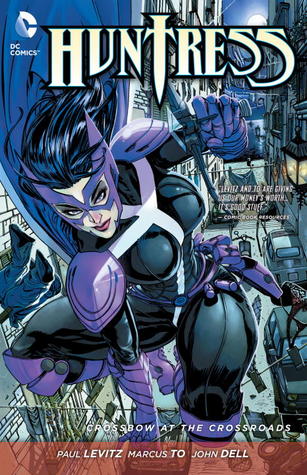 Huntress: Crossbow at the Crossroads

In a universe apart from her own, the Huntress fights alone!

Huntress creator, Paul Levitz, returns in this action packed journey through the bowels of Italy’s most deadly crime syndicates. Huntress sets out to uncover and destroy a deadly human trafficking and gun-smuggling operation that extends to the highest reaches of the government. 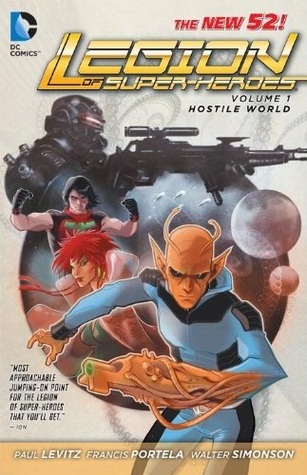 As a part of the acclaimed DC Comics—The New 52 event of September 2011, The Legion of Super-Heroes has been decimated by the worst disaster in its history.

Now, the students of the Legion Academy must rise to the challenge of helping the team rebuild–but a threat of almost unstoppable power is rising at the edge of Dominator space, and if the new recruits fail, the Legion Espionage Squad may be the first casualties in a war that could split worlds in half!

While The Man of Steel’s godlike presence on another world is perverted by Lex Luthor, zealous Superman followers look to make human sacrifi ces in his name back on Earth. Can Batman save the fi rst victim before it’s too late? 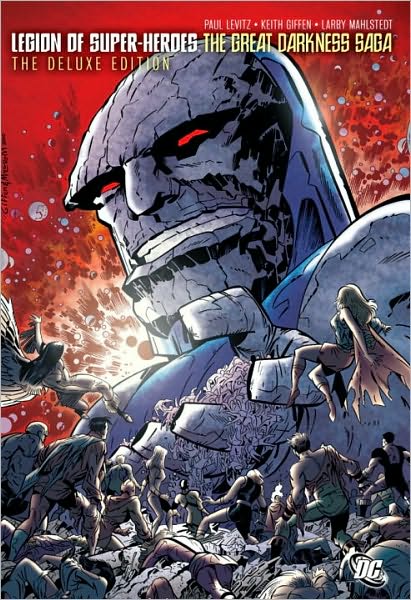 The godlike Darkseid emerges in the 30th century with an ingenious plot to finally conquer the universe in this Deluxe Edition a timeless Legion of Super-Heroes epic!

Not only is THE GREAT DARKNESS SAGA collected here for the first time in hardcover, this edition also includes several LEGION OF SUPER-HEROES issues written by Levitz that have never before been collected in any format!

Using his faithful servants to acquire all of the mystic artifacts of the time, Darkseid gains mental control over a race of three billion all-powerful beings. Now, as their universe teeters on the edge of Armageddon, the Legion of Super-Heroes amass their own army of every champion who ever held the status of Legionnaire to stand against the Dark Lord and his invincible soldiers. But as the Legion suffers defeat after defeat, they realize that salvation and victory rest in the hands of a mysterious baby that has aged into adulthood before their very eyes!This is the perfect edition of the classic storyline that was decades ahead of its time and still stands as one of DC’s most enthralling superhero tales! Collects LEGION OF SUPER-HEROES #284-296 and ANNUAL #1.(

75 Years Of DC Comics. The Art of Modern Mythmaking

Super heroes from the Atom to Zatara: 75 years of DC ComicsIn 1935, DC Comics founder Major Malcolm Wheeler-Nicholson published New Fun No. 1, the first comic book with all-new, original material—at a time when comic books were mere repositories for the castoffs of the newspaper strips. What was initially considered to be disposable media for children was well on its way to becoming the mythology of our time. More than 40,000 comic books later, in honor of the publisher’s 75th anniversary, TASCHEN has produced the single most comprehensive book on DC Comics, in an XL edition even Superman might have trouble lifting. More than 2,000 images—covers and interiors, original illustrations, photographs, film stills, and collectibles—are reproduced using the latest technology to bring the story lines, the characters, and their creators to vibrant life as they’ve never been seen before. Telling the tales behind the tomes is 38-year DC veteran Paul Levitz, whose in-depth essays trace the company’s history, from its pulp origins through to the future of digital publishing. Year-by-year timelines that fold out to nearly four feet and biographies of the legends who built DC make this an invaluable reference for any comic book fan.NOTE: the second printing of this book has a blue cloth cover under the jacket instead of red.

and nominated for the Harvey Award (2011, Best Biographical, Historical or Journalistic Presentation). 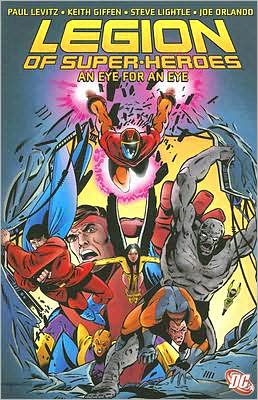 Legion of Super-Heroes, Vol. 1: An Eye for an Eye

Don’t miss the first exciting collection of The Legion of Super-Heroes’ series that launched in 1984!

In this fast-paced, futuristic title, collecting the first six issues of the series, The Legion learns of a conspiracy by a consortium of evil calling itself The Legion of Super-Villains to destroy the team — and it’s Karate Kid who pays the ultimate price!