There’s been a bit of conversation lately about something Denny O’Neil kindly labeled “the Levitz paradigm” – a plotting tool I used in the Legion’s heyday to keep track of the many fluid plots and subplots.  The physical ‘device’ is pretty simple, and the theory is one that was rapidly evolving in super hero comics in the ‘80s but which has deep roots in soap opera.  Warren Ellis said some nice things about it recently online, and I wanted to both point out its prior ancestry and my modest contributions.

Today the terms “A plot” and “B plot” are conversational language, but in the ‘80s that wasn’t the case.  Stan Lee and Roy Thomas had been developing the tools in comics since about 1965, and Robert Altman had been weaving it in films, but it hit the broadest mass culture when it moved to network prime time with HILL STREET BLUES.

If the ‘paradigm’ was anything beyond a charting tool, it was a few (sometimes ignored by me, sadly) guidelines: 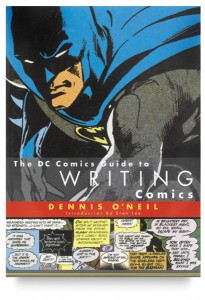 And all of this is, of course, secondary to basic plotting rules like making stakes important to the characters, and flowing plots from the characters themselves.  Or one that I’ve grown fonder of in my recent years of teaching, that what reveals/defines character is choices, particularly choices with costs.

It’s a fairly simple and useful charting tool for doing serial comics, and if you’re curious to look at it, check out Denny’s DC Guide to Writing Comics.